I’ve always thought of Peter is a truly classy gentleman: he politely holds doors open for me, is a caring and talented dance partner, and a warm and generous host at parties.  On getting to know him better, I discovered that his lifestyle also has some wonderful quirks: namely that he runs his own Pro-Dom business, works in club dungeons as a House Dom, and hosts workshops and talks on BDSM and kink education. Yes, Peter has a beautifully varied life, and I asked him all about it as we sat on his stunning roof terrace, sipping white wine and enjoying the views over central London.

It was a brilliant afternoon and I feel I now have more of an appreciation for the incredible skill needed for this job: far from simply grabbing a paddle and spanking away (tally-ho! *thwack, thwack*), there is a sophisticated level of empathy demanded, a thorough consent system to navigate, and a plethora of physical and psychological techniques involved.  Most of all, there was nothing “weird” or even necessarily sexual about it, but bringing joy and exploration of unique experiences into people’s lives. Bravo, Master Peter!

What is your job title?

What does that involve?

I act as a sex therapist, body worker, and fantasy facilitator, working with individuals, couples, and groups. With individuals, I work with women only, and I tend to do mainly body work and act out fantasies where, in my role as a Dom, I’m doing something to them. This can include impact play with practices such as spanking, and sensation play where we’ll explore different sensations, often including sensory deprivation such as blindfolding.

Whilst people naturally think about the “ouchy” side of things, this can actually involve exploring the whole range of pain through to pleasure, for example with more gentle forms of body work, like bondage massage. We’ll arrange this in advance, setting needs and boundaries for my client, like in any healthy Dom/sub interaction.

With couples I do a lot of coaching, where I teach them how to practice submissive and dominant power dynamics and physical play safely and to maximise enjoyment. I give them the tools (pun intended!) to safely add flavour to their existing relationship. I also participate in “two on one” or “double Dom” scenes where I join in on the action. I really like working with couples because I feel I’ve added to their relationship- it’s lovely to see a happy couple walk away from a session!

My own kink is perhaps “corrupting the innocent”- it’s about opening someone’s eyes to something new about themselves that they didn’t know existed. This is hard because you have to navigate helping people push their boundaries without violating them.  I’m not a sadist or masochist (some Pro-Doms are certainly sadists!), but I create experiences for people, and help them on their kink journey!

How did you get involved in this career?

The title of my memoirs would definitely be “The accidental Dom”…

Through Swing dancing, hilariously enough! I was at a fancy masked ball event held at a venue which happened to have a dungeon space with some equipment, in the same space as I was teaching Lindy Hop. I noticed after the class that party goers were curious about the equipment, but a bit embarrassed and tentative. They’d take a photo and have a bit of a giggle about it, but that was all- it was a waste of this wonderful furniture…!

Being a bit of an exhibitionist, I suggested to the party organiser that I could run the dungeon more interactively, creating spectacles and performances for an audience out of bondage play and things like that. Then I realised that, f**k, I have no idea what I’m doing! I knew some Pro Doms, so asked them for training. This was a long process over many months, where I was beaten and bruised quite a bit to find my own limits and develop the empathy, which I believe is vital if you’re going to do such things to others.

I developed a character called “Captain Crop” that played on some past military experience, and began to work at the event, helping people out with using the equipment, and then proposing and conducting short impact play scenes. Quite a queue formed, and I realised that everyone is a little curious and a teeny bit kinky! Then some of the women would ask me to teach their boyfriends, and others didn’t want an audience for this, so came to see my privately- suddenly I had a business! This in turn grew by word of mouth and friend referrals. Six years later, I now go by Master Peter- it’s an acknowledgement of expertise and skills within the community. The title of my memoirs would definitely be “The accidental Dom”!

Is there such a thing as a “typical day”?

In a word, no! I see private clients during the day or evenings – I can’t beat the commute as I have my own dungeon and equipment at home that I use myself with clients, or rent out to couples and other Doms. Other evenings I’ll be running talks on BDSM education, or training up new Doms (I’m on my third Pro Dom apprentice now). I also travel to compère and work at events in Europe and the US, and I’m involved in organising the world’s first kink/dance crossover festivals in London and New York, and possibly soon in Berlin and Vancouver.

Outside of an actual session, aftercare is important. Both participants can experience a dip after an intense session, as there are lots of chemicals at play: oxytocin, serotonin, a bit like exercise euphoria. Self care is very important to avoid getting burnt out. I enjoy my complementary hobbies of dancing, and  nights in, cuddling with a partner.

What are the best parts of your job?- what do you love?

It’s a real privilege to introduce people to new ways of connecting and relating with others.  The feedback I’ve received over the years fills me with pride- people have said I’ve saved their marriage, changed their life, changed their experience of sex, enabled them to orgasm, introduced them to a new community. Being told that you’ve made someone’s life better, made them feel accepted, is a wonderful feeling! 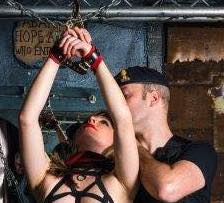 What are some of the challenges?

What is the most common reaction you get when you tell people what your job is?

Confusion, excitement, and intense curiosity…. There’s rarely a bad reaction to be honest, although I’m not “out” with everyone about my job, and I’ve developed a sense of who I can talk to about it over the years after occasionally offending someone inadvertently. I once told a dance partner they could become a pro Domme to solve a money issue and they were incredibly offended (it was meant to be helpful!!). Before I started talking about it more pro-actively, some people would spread word that I’m a male escort- this is highly flattering (I don’t get into bed for less than £10k!, darrrrling!) but deeply inaccurate!

On that topic, are there any frequent misconceptions about your job?

People come to me for a physical and deeply intense experience, which often has zero to do with sex…

Yes, mainly that it’s always about sex. Of course it can be, but more often it might be strictly physical or more cerebral, plus my personal boundaries are that I don’t have sex with my clients. People come to me for a physical and deeply intense experience, which often has zero to do with sex. For those more physically inclined, it’s more of a catharsis- like after you’ve run a marathon, or the feeling after a deep tissue massage.

Others come to me for psychological exploration to discover parts of their personality; to experience life in a role that’s alien to them. There’s the classic example of a company director surrendering authority and becoming the slave. Some are turned on by it and that’s fine, but certainly not the majority- I have lesbian clients that come to me, so there’s presumably little sexual intention there!

Any advice to others wanting to follow this career?

I’d say sub before you Dom: have done unto you, what, in future, you will do unto others. Develop the understanding and empathy from the opposite role. Mainly it’s essential to find good quality training in this, and ask someone to teach you rather than learning as you go.

I’d say also bear in mind that being a Pro Dom is not about being arrogant and overpowering. It’s about developing a quiet authority, with a degree of confidence, and a profound understanding of other people’s needs. 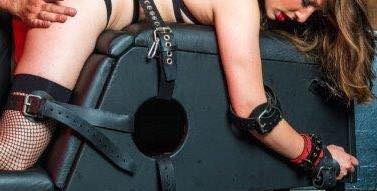 Quality training is essential in this skilled profession

What’s next for you in your career?

It doesn’t make you a weirdo, but open to broadest depth of human connection: pain and pleasure and everything in between…

I’d like to do more education work in the mainstream. I’d also like to see the development of official standards in the industry.  There’s an epidemic of mediocre hair pulling and spanking, and my mantra is that if you’re going to do it, do it properly!

A massive thank you to Peter for this honest view, and for the full tour of your impressive dungeon facilities! What a wonderfully eloquent chap and a supremely caring person – you’re welcome around my house to deliver a light flogging anytime 😉 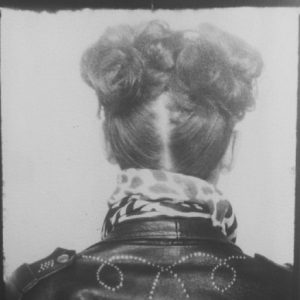